How not to get poisoned in Egypt and what to do in case of poisoningPoisoning tourists in Egypt happens very often. This problem is much larger than it seems. Firstly, most vacationers are treated independently, which makes it impossible to collect at least some…

SEA, TREASURES AND BAZARAS: WHY GO TO ISRAEL IN THE VELVET SEASON 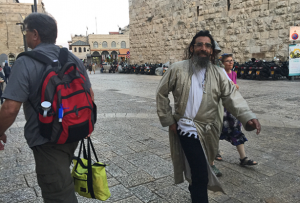 The Israelis are already visible on the plane, even if it is the board of the UIA, and not El-Al. Everyone who has lived in Israel for at least a few years, has a peculiar “Hebrew” intonation – a little chanted. Children are noisy and direct, young women neglect bright makeup and high heels, but keep confident, elderly ladies and gentlemen – in comfortable shoes, clothes in sports style and with modern smartphones that talk with grandchildren, interfering with Russian and Hebrew: “Bededer, Danya, motek (Danya, honey, everything is all right)! Grandma is coming soon. ”

In Hebrew, however, they don’t come to Israel, or to Eretz Yisrael (the Land of Israel), but “rise” or “rise”. In the case of an airplane – very true. By the way, in the Country itself, one city was awarded the same honor – Jerusalem. Which, in addition to tradition, is explained by its geographical location: it was built in the Judean mountains (compared to the low Alps, 800 meters on average, but still).

In the arrival area of ​​Ben-Gurion Airport, one could shoot the final scene of the textbook Christmas comedy “Real Love”: it is here that all the best qualities of the famous “Jewish mother” and gentle Levantine father are most clearly manifested. Hot hugs, husbands with flowers, tears of joy, kids with balloons in full hands, older children with welcome posters and so on. Foreign tourists like us, whom none of our relatives are waiting for in Eretz Yisrael, still get this mood: for some reason, it feels like we are welcome guests.

In the vending machines, along with the usual mineral water and juices, there is a local “choco” – a milk drink with cocoa: some joke that Israeli children absorb patriotism with it, and not with their mother’s milk. I go outside and my face is struck by warm, but not hot, iodine-infused air: the Mediterranean sea wind, the elusive and unique smell of the Levant, mixed — where without it — with a gasoline scent from the parking lot and the smell of hot burek pies, which it eagerly absorbs the guy at the taxi stand, past whom I drag the suitcase. This is Israel baby.

At the very blue sea
After the cold November in Kiev, Tel Aviv is incredibly warm. The velvet season here lasts until mid-November – early December. Locals, however, swim less often in late autumn than tourists, but in the early morning on the Tel Aviv beaches peculiar “veteran clubs” gather: several mature and even older ladies and gentlemen, in hats and baseball caps, swing on a faint swell at the line of breakwaters. The wind usually rises during the day, it is scary to swim far, and in the morning the sea is calm and warm, like fresh milk: swimming is exactly what you need before work, or, like today, on Friday morning (in Israel, Friday is a day off, like Saturday: in the evening Fridays until Saturday evenings in the country officially, by law, no one works, except for emergency medical and rescue services, taxis and a number of minibuses with Arabs-drivers).

“I swim here every morning,” one Russian-speaking lady tells another. – It’s a pity, my companion recently moved to Haifa, there’s no one to swim with now. Maybe with you?

“We have our own company here,” the interlocutor replies, pointing to two active goods in woven hats with wide-brimmed fashions in the fashion of the 1970s, talking in Hebrew in the water nearby. They look 70 years old, but it is obvious that they do not care about this fact: bright lipstick, catchy earrings in the ears.

“But I think Dvora and Efrat will not mind, join in.”

A man of about sixty, purposefully swims past, ignoring the ladies: a bright fashionable mask for snorkeling, long fins. He has his own tasks: judging by his powerful shoulders, he has been playing sports for far from the first decade, and he needs to keep fit. On the beach, kids are busy in the breaking wave, teenagers kiss on the sand or play a ball, a poetic girl with a long mane of hair draws a large bird feather on the sand. I come closer: this is some kind of Medusa Gorgon, but not evil, but smiling at the sun and sea. A middle-aged, but pumped-up and daughter-in-law tanned peasant with long tail-pulled hair, also similar to an ancient Greek deity, but this time a sea deity, passes me with a SUP board under his arm: an alternative to surfing in quiet water. Turns around and smiles at me, and I smile too.

Smile gentlemen!
They generally smile a lot. Smiling at the beach, smiling, driving around on a bike path on rented electric scooters (a very popular form of transport), smiling, showing the way to the market from the beach, smiling at the market, even bargaining. I’m in the market, or, as it is called here, chouche Carmel: on Friday morning everything is sold here, from the freshest handmade Shabbat halvah and halva to kosher chickens and seasonal fruits (the only drawback of Israeli November is that there aren’t much fruit except for pomegranates and figs, Israeli peaches, which, in my opinion, have no equal, have already gone, we must wait for the summer).